Recreational pilot John Quimby and his son Ethan, 13 have never had snakes on their plane.

But they do regularly fly with dogs and cats.

The first canine passengers on their single-engine plane were two border collies rescued from euthanasia in a shelter at the eleventh hour. The father and son team picked them up at an airport in Kentucky and flew them to Tiffin, Ohio where animal rescuers were on hand to receive them and take them into foster care.

Quimby is one of 2000 pilots nationwide registered with an organization called Pilots N Paws. It’s an online message board that links animal rescuers around the country with pilots who pick up pets that have been removed from high kill shelters, puppy mills and other abusive situations and fly them to other parts of the country. Once there, they’re picked up by adoptive families or rescue organizations who will foster them until they find forever homes.

Pilots donate their time, use their own planes and foot the bill for fuel, which averages around $250 per trip.

“Recreational flying is the dumbest hobby ever,” says Quimby, who lives in West Chester, OH and works as a computer project executive for IBM Global Services. “Nowadays, there’s simply no justification for the expense. People refer to this pastime as the hundred-dollar hamburger syndrome — flying somewhere to have a hamburger and returning home. But these animal rescue flights have given me a purpose and a very good reason to fuel up my plane and go somewhere every weekend.”

Pilots N Paws is the brainchild of longtime animal rescuer and horse breeder Debi Boies of Landrum, SC and her friend Jon Wehrenberg, a former businessman and recreational pilot.

Back in 2007, when Boies was trying to adopt a Doberman that had been used as bait in a dog-fighting ring in Florida, Wehrenberg offered to fly his own plane from his home in Knoxville to pick her up in South Carolina so that they could collect the dog and fly back again.

“I was flabbergasted and in awe that anyone would make such a generous offer,” recalls Boies. “But I soon learned that recreational pilots are as passionate about flying as animal people are about rescuing pets. And, since pilots are always looking for reasons to fly, introducing them to animal rescuers seemed like a perfect match. So Jon and I pooled our contacts and launched Pilots N Paws. I was amazed at the response from the moment the message board was up and running.” 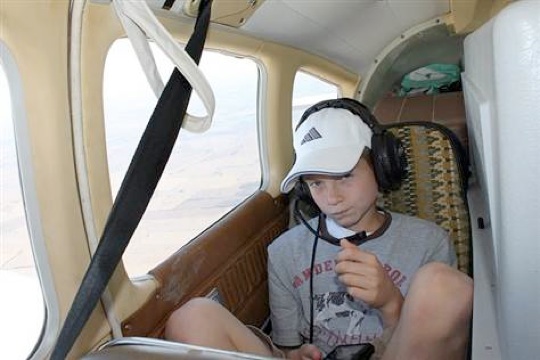 John Quimby learned about the organization from a newspaper article he’d read while flying home on a business trip.

“The first thing I did after putting down my bags was log on to the site and, the following weekend, I had my first rescue flight booked,” he said.

Quimby’s dad was a pilot and he flew with him as a kid. Today, his younger son Aidan, 11, has been getting into the game, and the two young brothers take turns accompanying their father on trips.

“We’re all animal lovers,” said Quimby. “And as a family, are so blessed that I am happy to pay the fuel and plane costs out of my own pocket.”

Apart from the quality father-and-son-time, Quimby’s sons work on board the flights, helping to calm and reassure the pets until they reach their destination.

The pilots registered with the site typically fly to destinations about 250 nautical miles from their home base.

Rescues take place around the country, though Boies points out that certain rural areas in the southeast and northeast of the country are known to have a high kill rate in shelters. Puppy mills are rife in Missouri, and Los Angeles has a lot of overcrowded high-kill shelters.

Around 9,000 rescue groups are registered with Pilots N Paws. Boies has set herself a goal of having 10,000 pilots linked to the message board in the not too distant future. And since the organization is registered as a 501c3, flyers can recoup some expenses when they file taxes.

Although the Quimbys prefer canine passengers, other pilots have been known to fly snakes such as pythons and boa constrictors — in addition to cats, pot-bellied pigs and even day-old chicks.

“It’s not unheard of for animal rescuers to set up pony express–style ground transportation runs involving up to 16 drivers to cover a distance of about 1600 miles, a trip that could take an entire weekend,” explained Quimby. “Whereas on a single flight, I can replace about three to four people and cover a couple of hundred miles in several hours.  I also team up with other pilots in order to transport pets greater distances. This frees up rescuers for other important work they do.”

Ethan fondly remembers that first flight with his dad when they rescued the border collies.

“The dogs were so scared,” he recalled. “I helped walk them before they boarded, made sure they weren’t thirsty and sat and played them throughout the journey to calm them down. One of them was so special. I couldn’t bear the idea of her having to go into foster care and possibly wait months before being adopted, so I asked my Dad if we could adopt her.”

A week later, Ethan and his dad flew back to Tiffin to pick up Marcie, who has remained firmly attached to her young rescuer and his brother ever since.

Ethan’s job duties also include taking photographs to keep a record of the pets they have helped find better lives.

“I know I can’t take them all home,” he said. “Even though my brother and I are with them for just a short time in the air, we both get attached and feel sad when we drop them off.”