Once the kids leave the house, empty nest syndrome hits not only parents, but animals, too 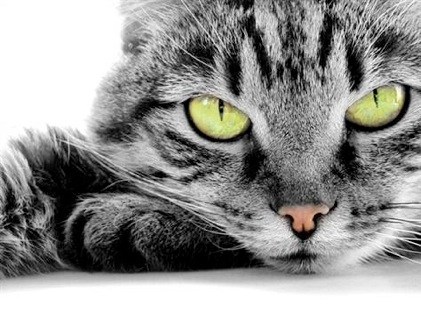 As kids across America go back to school or head off to college, bringing to an end weeks of summer fun and increased activity in the home, it’s not only parents who suffer from empty nest syndrome; it can badly affect family pets too.

At least one in 6 dogs, along with a countless number of cats, will exhibit symptoms of separation anxiety or display increased levels if they are already prone to the condition, said Professor Nicholas Dodman, director of the small animal behavior clinic at Tufts Cummings School of Veterinary Medicine in Grafton, MA.

“Dogs and cats that enjoy human interaction and affection can become psychologically unglued — especially if their best human friend in the household happens to be one of the kids and suddenly that person ‘disappears’ and goes off to college. It definitely leaves a void in the pet’s lifestyle,” explained Dodman. “The same applies when kids go back to school and suddenly their lives are so filled with activities that they no longer have the same amount of time for fun that includes the family pet.”

Dodman cited the a canine client who had slept with his teenage best friend since puppyhood and when the boy went off to college, the dog found himself sleeping alone in the empty bedroom.

“So he came downstairs looking for company and a new place to sleep. The husband had an issue with him sleeping in the master bedroom and locked him out. So the dog sat on the landing every night and cried. By now he was an older dog and the lifestyle change really upset him,” explained Dodman, who was able to rectify the situation with a variety of suggestions, which the family duly followed.

“Cats don’t display their feelings as outwardly as dogs do,” added Dodman. “So often their anxiety and depression flies under the radar and their people don’t really notice. But it can be an anxious time for a cat too.”

Dodman said there are outward signs that the family pet is suffering from anxiety and empty nest syndrome.

“When it comes to dogs, if you were to tape record or set up a video cam, a pet that is feeling the loss of a best friend when left completely home alone, even for a short spell, will immediately start pacing up and down and begin whining or barking. Some dogs will even attempt to escape by scratching the back of a door or pulling down a blind. Others show displacement behaviors such as trying to get into a trashcan or chewing on a couch in an attempt to ward of their frustration. Thirty per cent of dogs may even have an accident on the floor.”

Another very obvious symptom that affects both dogs and cats is reduced appetite and sometimes a complete loss of appetite.

“They are simply too upset and too anxious to eat,” explains Dodman.

When it comes to cats, they may not come to greet people, if this is their usual modus operandi, and sleep a lot more. Some can also begin grooming excessively, pulling out chunks of fur until their skin is raw.

Family pets can also pick up on parents’ emotions.

“Dogs can read body language such as posture and body movements as well as we can speak spoken language,” said Dodman. “Cats of course are very empathic creatures and also pick up on human emotions around them. So if mom and dad are showing signs of depression, they will pick up on it and that will alter their behavior too.

While there are no statistics as to how many pets need mood altering drugs to snap them out of a deep funk, there are in fact two drugs licensed by the FDA — Reconcile and Clomicalm — that can be prescribed by a veterinarian.

“Both are a course of medication and take several weeks to get up to speed,” explained Dodman, who prescribes only in dire circumstances.

“Ideally, if you know your pet is so unbelievably sensitive and would fall apart psychologically speaking, it’s a good idea to consult your veterinarian in advance and begin a course about a month before the lifestyle change is going to take place. This will help a pet transition better.”

Exercise is another fix recommended by veterinarians. Make sure your dog has enough exercise for its breed and that typically amounts to an hour a day of outdoor cardio vascular activity such as chasing and running that allows the dog to blow of steam. It’s also great for a dog’s mental enrichment.

“I also like scent lures for dogs,” said Dodman. “Take a piece of lamb’s wool cloth and rub it with cooking scents such as vanilla on anise. They are intrigued by these odors, which in turn provide them with olfactory stimulation and fun.”

Cats will benefit from between 30-40 minutes of exercise a day prompted by chasing laser beams, interaction with wand-type toys and a variety of battery-operated activities that hone their hunting skills and give both mental and physical enrichment.

Apart from keeping them busy with things to do things to chew and things to smell, Dodman suggested giving them entertainment such as a bird feeder outside a window that will attract both birds and squirrels. A fish tank provides hours of fun, while leaving the TV on an animal channel offers both audio and visual entertainment.

Doggy day care in another option to consider, even if its once or twice a week. While cats may enjoy visits from an elderly person in the neighborhood who doesn’t have pets of their own to add “activity” to the home.

Empty nest syndrome can be a very real problem for pets. But by simply enriching the home environment helps them to transition to a lifestyle that contrasts to what has been happening all summer long.