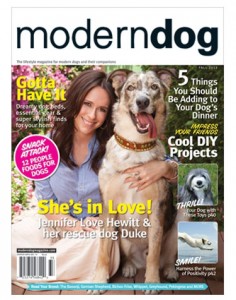 The taxing battle to claim your buddy.

Starstruck: Does your dog have what it takes to be famous?

It’s Friday night and you and your dog are curled up on the couch, checking out your favourite TV show, the one with the hilarious pooch who’s always up to something. Suddenly, in a lightbulb moment, you cast new eyes upon your adorable companion and cry, “Hey, Woofer, you could do that!” Visions of six-figure movie-star salaries and private limos dance in your head. And the catering table….

Picture it. The rolling lawns of a Beverly Hills estate in California decked with tables for a posh afternoon English tea party. Chilled champagne with a plump strawberry is the drink du jour and the sounds of social chitchat and laughter are off set by a string quartet providing background mood music.

At Albert and Bridget’s wedding, adhering to the cliché that has practically become wedding tradition, the bride was late for the ceremony. No, it wasn’t wedding jitters; in this case, our bride was busy searching out the perfect sport to pee.

Like every proud grandmother, Donna McCabe of Whidbey Island, Washington carries a brag book of photographs of her grandchild Audrey in her handbag and is always swapping news of her escapades with friends and other family members.