To nap or not to nap?
This is a big dilemma when you are a Very Serious Business Cat like Nacho Flay.

As the founder of his own cat food company Made by Nacho, and the inspirational muse for his dad celebrated chef Bobby Flay, Nacho has learned that to be successful you have to be able to juggle. So, he’s mastered the art of attending Zoom business meetings and napping through them…

It’s just a year since Made by Nacho recipes launched introducing cats to “chef- inspired, cat-crafted” cat food and changing the landscaping of the feline pet food shelf.

Cats have long been under-served and Nacho and his Dad (he claims he brings the fluff and the business acumen and Bobby the nutrition and culinary flare to the table), have already made a big impact in changing things up. 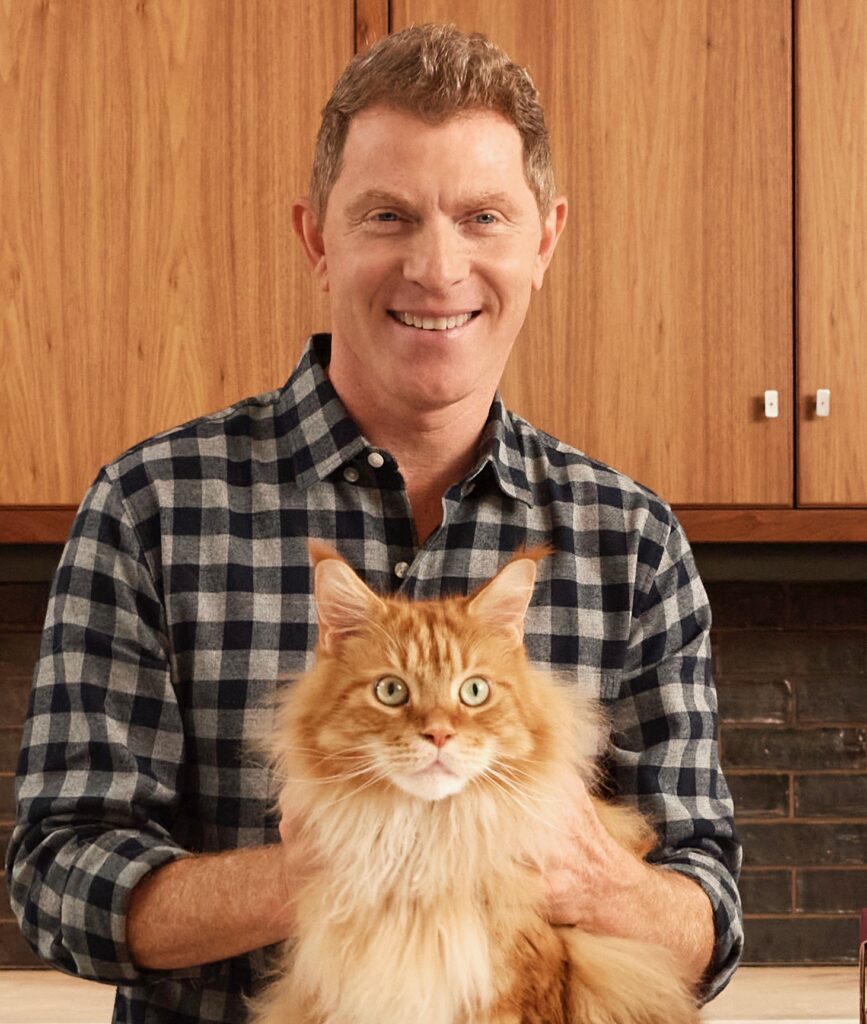 The dynamic duo celebrated their first foodie anniversary by bringing out 18 new products upping the number on the food shelf to 48. This follows hot on the introduction of Nacho’s secret ingredient bone broth is three flavors.

The newest products include the brand’s first-ever pâté – its most-requested texture – and recipes designed specifically for kittens.

Flay is certainly keeping his promise in his quest to become a definitive cat brand catering to cats in all life stages.

In a recent interview Flay spelt it out. “Just like my cooking career has taken a long time to grow people’s trust, we understand that is going to be a slow growth thing and we need to deliver on our promises to get people to trust us as a brand so that if someone acquires a cat and is a first-time cat parent, they’ll know that Made by Nacho is going to have them covered. That’s the long-term goal.”

Cats are all about different tastes and textures. At meal times, Flay likes to mix it up for Nacho and his sister Stella by offering them a daily variety.

“I obviously have the entire line in my cupboard,” he says. “So, I combine proteins. Maybe the chicken recipe for the dry recipe and salmon for the wet food. It gives me a really good in real life ‘focus group’ as I get to see what they like more than the others things.”

He also likens it to going to a restaurant and ordering an appetizer and an entrée. 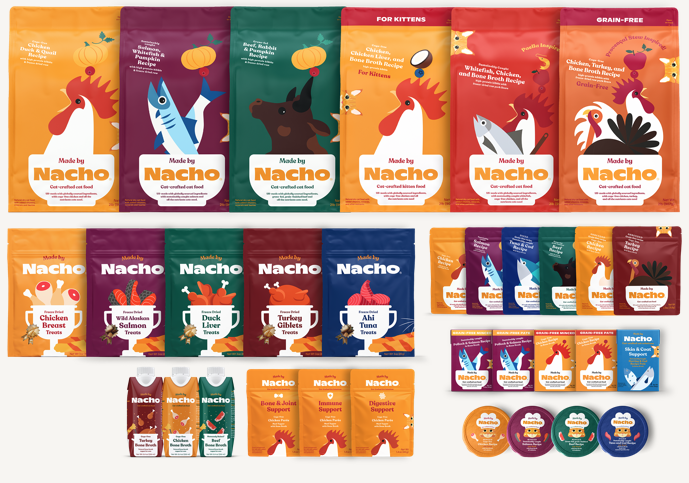 Giving back is a core aspect of the brand, which is committed to helping every cat live a happy, healthy life. In addition to providing assistance to those making a difference on the ground—including shelters, adoption initiatives, cat health researchers and more through the Made by Nacho Charitable Fund at the New York Community Trust—Made by Nacho has donated over 200,000 meals to cats in need to date. Most recently, Made by Nacho teamed up with the International Fund for Animal Welfare, a non-profit rushing emergency aid to shelters in Ukraine. 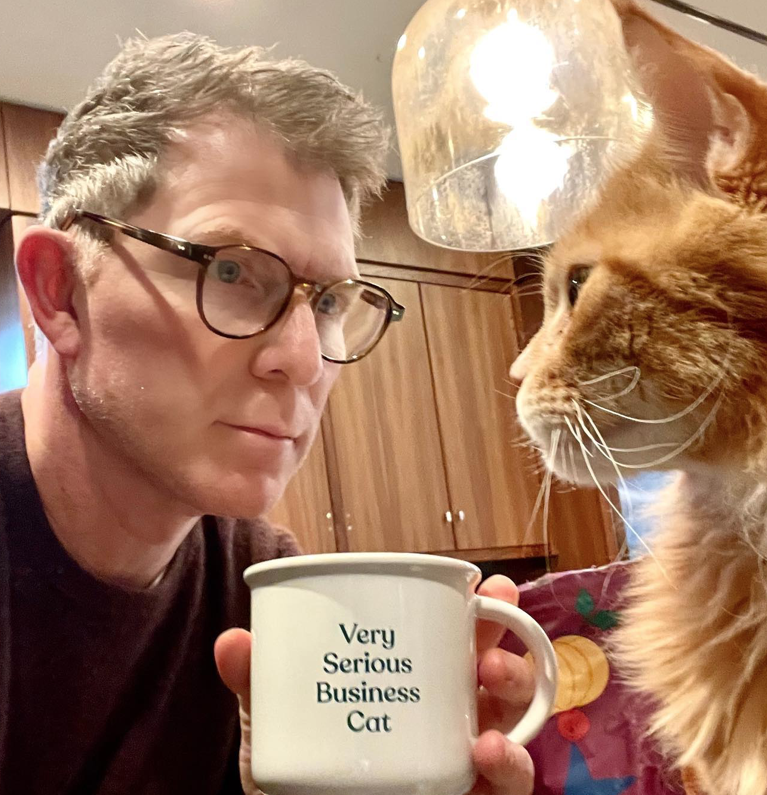 To celebrate its one-year anniversary, Made by Nacho recently debuted its first merchandise collection – limited-run hats and mugs that pay homage to Nacho’s instincts as a founder and business mogul – which sold out in the first week. One hundred percent of all profits from the “Very Serious Business Cat” collection were donated to the Made by Nacho Charitable Fund at New York Community Trust, which supports feline rescue and research organizations.

Flay grew up with cats and says that when he was young he was very inspired by Morris the Cat, the ginger tabby that was the brand ambassador of 9Lives cat food.

“Back then, I thought he was a really big deal,”  he adds.

Fast forward, Morris is small fry by comparison to Nacho who has founded his own cat food company and is still building his empurrire and his cat pack.

Will he ever get to pounce and play with the bell at the New York Stock Exchange?