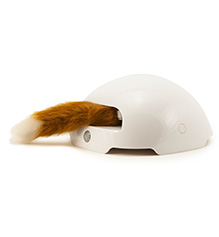 For anyone who has ever seen a cat chase a mouse into a hole and then watched it sit patiently, sometimes for hours, knowing that it will eventually reappear, will understand that the Fox Den motion-activated toy replicates this typical feline behavior pattern.

This is exactly what cats do – it’s a typical hunting behavior especially in their natural habitat. So its five stars to the team of creators behind this latest electronic to in the Frolicat range. It’s a smart toy that truly tests their cognitive skills and hunting prowess, keeping them both mentally and physically engaged. The ideal toy for cats that are often home alone.

The Fox Den toy makes little chattering sounds as the tail emerges from the den and flips around erratically. It has several different play settings including the Play All Day mode that turns on when the cat approaches and automatically turns off after a ten-minute play session.

Both my cats were instantly intrigued and several weeks later, their interest hasn’t waned. That’s the testament of a really good cat toy! Even when I have it switched off, Tory will sit next to it and poke her nose into the hole trying to tempt the tail out. 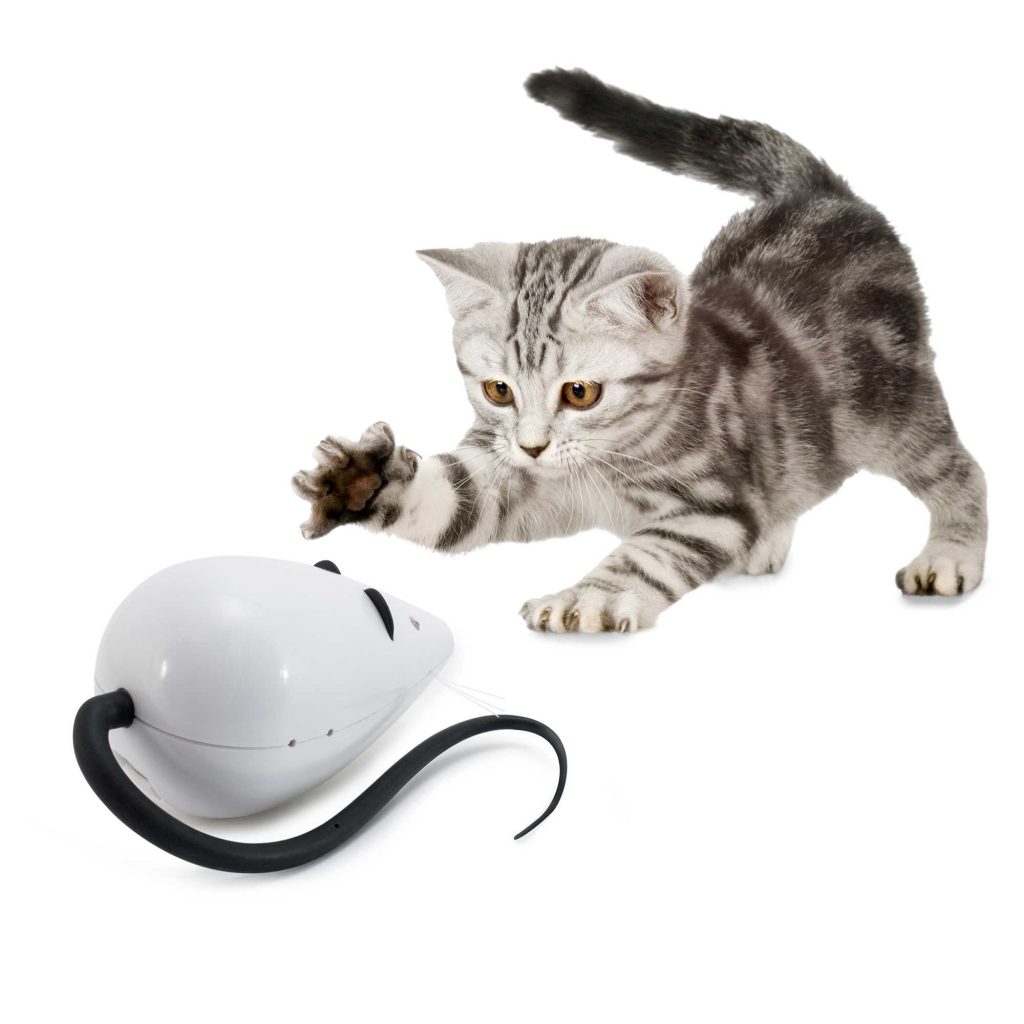 They also thoroughly enjoyed the new Rolorat, a plump electronic rat with a very realistic rubbery tail that rolls and spins around the room with my cats in hot pursuit as it makes realistic mouse noises.

Both products are worthy of my Must Have Stamp of Approval because they tap into different feline instinctual needs. Tory and Ziggy were the product testers.

A special note to the creators from Ziggy who can switch on the Frolicat Pounce on his own because the button is on the top of the product instead of the side. He keeps looking to switch the Fox Den on himself. Please product developers, if you can put the buttons on top for feline access, cats like Ziggy love to show off  how intelligent they are. I’m proud of him for even looking for the button on the Fox Den…