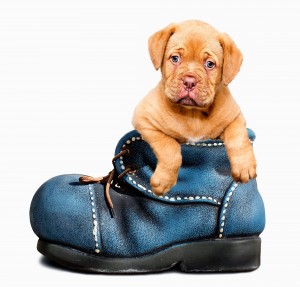 Trupanion a pet insurance provider for cats and dogs, has released a report revealing the truth behind pets eating things they shouldn’t and the costs associated with it.

Cats and dogs enjoy snacking on everything, from socks to fish hooks, it’s a common theme. Recent data from Seattle-based Trupanion sheds light on the more serious side of pets’ erroneous snacking, also known as foreign body ingestion in veterinary medicine. As one of the most frequent medical insurance claims Trupanion receives, the company has paid over $4.2 million toward pet owners’ vet bills for it.

Giving a bone, ball or toy to your pet is often harmless, yet claims for foreign body ingestion continue to increase every year. In 2015 Trupanion paid almost 10% more claims related to it than in 2014. An apparently innocent bone was the cause of Trupanion’s highest foreign body claim payout of over $21,000 to help a dog in California who needed treatment for a tear it caused in her small intestine.

According to the findings, the claims are most frequent among young cats and dogs less than three years old. Though the company saw the highest frequency from pets under three, there is also a small increase in claims that occurs later in a pet’s life around 8 years old. Pets over 8 years old account for almost 10% of the total amount the company has paid toward vet bills for foreign body ingestion.

Trupanion reports that a few dog breeds are more frequent in-gestors of foreign objects than others, including Bernese Mountain Dogs, Doberman Pinschers, and a mixed breed of Golden Retriever and Poodle, also known as Goldendoodles.

Cats also get into things they shouldn’t. They account for less than 10% of Trupanion’s total foreign body ingestion related claims, but when treatment is needed costs are nearly $2,000 annually. Cats also target objects that are more linear like string, yarn, and wire which is more dangerous as it can become tangled in multiple organs. Cats however, appear to learn from their mistakes, as Trupanion reports far less repeat offenders among cats than dogs. Dogs are 33% more likely than cats to repeat the act.

Trupanion’s report highlights the importance of immediate veterinary treatment to limit the extent of a pet’s injuries following an ingestion; as the object travels further along the gastrointestinal tract, the opportunity for complications increases and the cost to remove the object often increases along with it. For example, an object caught in the mouth can range in cost from $100 to $900, while an object caught in the small intestine can be anywhere from $800 to $6,000. If the pet experiences further complications like infection and sepsis, the cost can be anywhere from $2,000 to over $10,000.