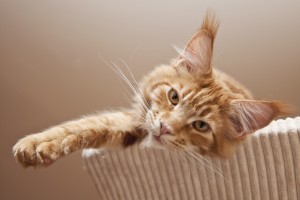 Cat Depot, a non-profit, free roaming cat rescue, located in North Sarasota, has had a number of success stories since Florida Animal Friend awarded them with the 2014 grant. Since then, they have been able to spay a feral cat named Fluffball who had several litters of kittens; spay and neuter cats living in an old RV/car lot; and utilize the Cat Depot Trap/Neuter/Release (TNR) team to perform a mass trapping at a homeless camp, in order to later spay and neuter these cats.

Cat Depot was contacted by a group of homeless individuals whom had been noticing a growing cat problem in their camp. They loved the cats they had, but the cats continued having kittens and, on their very limited income, they could not afford more mouths to feed.

The TNR team at Cat Depot got together for a day of mass trapping at the homeless camp. A total of 12 cats and kittens were trapped and brought to Cat Depot. Eight of the cats were returned to the site after surgery, while the four kittens were kept at Cat Depot and put up for adoption.

The individuals at the camp were very grateful for the help they received. They continue to give Cat Depot monthly updates on their kittens when they attend Cat Depot’s monthly food bank, which supplies pet food to homeless pet owners.

The $25,000 grant money awarded to Cat Depot was part of a $600,000 total distributed to various grant winners by Florida Animal Friend throughout the state of Florida in 2014.For more information on Cat Depot contact 941-366-2404 or check their website at www.catdepot.org.