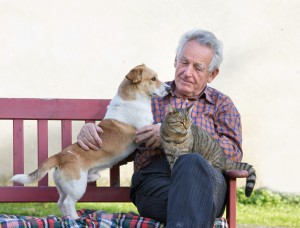 Pope Francis’ comment that “all creatures….will be vested with the joy and love of God, without limits” is being interpreted throughout the world as a papal endorsement that animals have souls. Francis also quoted Pope Paul VI saying that “Paradise is open to all creatures.” Leo Grillo, the head of D.E.L.T.A. Rescue, was pleased by this news but felt the statement should have been much stronger.

“The fact that animals have souls has never been in doubt, as millions of pet parents realize. The fact that the Pope has finally admitted the obvious can allow even the most devout Catholics to finally accept this simple and powerful truth,” said Grillo in a statement released today. “He should have gone even further and stated that animals can have an afterlife just as much as human beings can. We are now compiling stories from people throughout the world who know this to be true for inclusion in the upcoming book, ‘Rainbow Bridge is Real!'”

Grillo’s organization, D.E.L.T.A. Rescue, is the world’s largest no-kill, care-for-life animal sanctuary, and currently houses some 1500 dogs, cats, and horses that had been abandoned in the wilderness. Since 1979, it has been considered among the most important animal welfare organizations in the world. Grillo is currently available for interview opportunities to discuss the Pope’s statement and how others can get involved.

People who have lost pets and know that their beloved animals are waiting to be reunited with them some day, and have evidence that this is true, are encouraged to send their stories to the contact section of the Delta Rescue website (www.deltarescue.org), or write to DR, PO Box 9, Glendale, CA 91209. Every entry will be personally acknowledged, and the people whose stories are chosen for inclusion will receive their own chapter in the book.