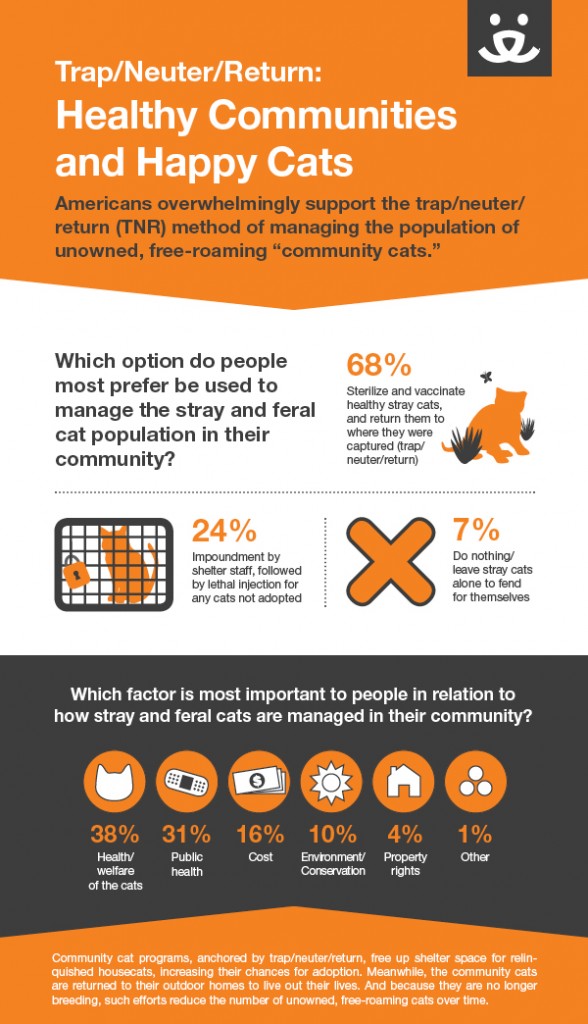 National animal welfare organization Best Friends Animal Society recently commissioned a survey designed to gauge the public’s attitude towards free-roaming,unowned cats. And the results, highlight that Americans believe free-roaming, unowned and spayed/neutered cats should be allowed to live out their lives in their outdoor homes.

The infographic  above replicates the survey results.

Best Friends, along with many other animal welfare organizations and concerned individuals use the term “community cats” to describe these populations of felines who live in urban, suburban and rural settings alongside people but that are not companion animals. Rather than belonging to no one,these cats are part of the community and have relationships with a variety of people.

While estimates of how many community cats live in the U.S., the figure of 30 million to 40 million is widely accepted. And further statistics show nearly three-quarters of the cats who enter our nation’s animal shelters each year –most of whom are free-roaming and un-owned — are killed at ‘expense.

Compassion is key for these felines who are forced to live in the shadows as a result of being abandoned by their owners and left to fend for themselves.