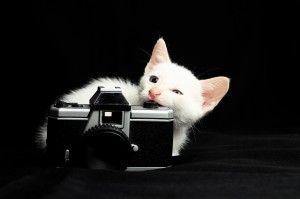 Friskies®  has released released the latest Friskies 50, the definitive guide to the 50 most influential cats on the Internet. Despite new feline phenoms popping up online every day, Grumpy Cat maintains her position at the top of the rankings, but Maru – who catapulted from #14 in the original standings – is closing in on Grumpy Cat and holding steady in the #2 position. Will they be able to hold their reign in the coming months?

Beyond the top two rankings, there is a lot of movement in the rest of the list, including Waffles breaking into the top 10 and Colonel Meow moving up the rankings significantly. Plus, as a result of outside nominations, newcomers like Suzie The Bomb Cat achieve a coveted spot in the list.

“It’s captivating to see how the current standings have changed and we’re thrilled that a large part of that is due to how well the Friskies 50 has been received by cat lovers,” says Marine Dubois-Roussel, marketing associate for Friskies. “Since the launch of the Friskies 50 in July, a lot of cats are rising to the top while others are falling down and – in some cases – off the list completely. It’s been a lot of fun to learn about the cats our fans have nominated and see how they stack up in the rankings.”

Waffles, an adorable Scottish Fold from California, surges up to #10 from his initial standing at #41, which is one of the most notable jumps in the list so far. His hobbies include playing with paper bags, cardboard and feathers, as well as people watching and licking. Without a doubt, Waffles will be a cat to watch.

Although Colonel Meow is no longer with us, his spirit and determination live on. This month, the strong-willed cat makes a ten-spot leap from #24 to #14. Will he climb to the top 10 next month?

Two new kitties break into the Friskies 50 thanks to the support of outside nominations. Suzie The Bomb Cat makes her big debut at #34, and Daisy The Curly Cat closes out the list at #50.
Here  are the top ten feline favorites: