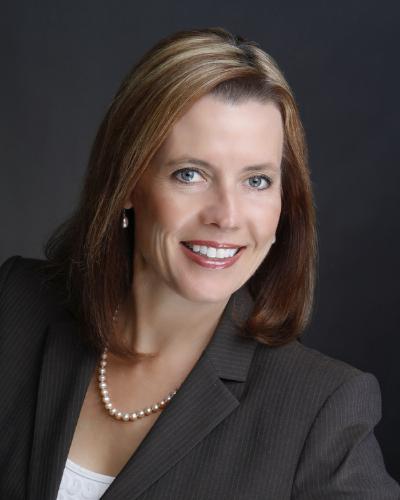 A dynamic new leader has been named to oversee the welfare of some one billion animals on U.S. farms and ranches, and dramatically expand the nation’s first, largest, and fastest-growing certification program protecting animals in agriculture. American Humane Association, the country’s oldest national humane organization, announced the appointment of animal welfare expert Michelle Ganci as national director of its Humane Heartland™ program, which through the American Humane Certified™ farm animal welfare program applies rigorous science-based standards and independent third-party auditing to ensure that animals on more than 8,000 farms are provided with sufficient space, proper and healthful living conditions, humane treatment, and the ability to engage in natural behaviors. More than 200 standards for each species have been developed and are continually updated to reflect best practices by a Scientific Advisory Committee of renowned animal experts including Dr. Temple Grandin, Dr. Joy Mench and other notables in the field.

Ms. Ganci, who will begin her duties on October 1, comes to American Humane Association with a rich and varied background as an educator, researcher, advisor, and animal science specialist with ample hands-on experience developing and administering animal welfare programs for large agricultural entities involving hundreds of millions of farm animals. With a focus in poultry science, Ms. Ganci’s work spans the academic and agricultural industry worlds. She currently serves as a faculty member and lecturer in the Department of Animal Sciences and Agricultural Education at California State University, Fresno, where she teaches courses on animals in society, poultry science, animal health and welfare, the human-animal bond, and animal-assisted therapy. She was a central part of developing the nation’s first research center to be certified by American Humane Association, and has been involved in creating curricula and educational outreach information for schools and a wide variety of audiences on subjects related to animal welfare and the sustainability of agriculture.

For many years Ganci served as the Quality Assurance and Quality Control Manager for major poultry producers overseeing millions of animals per day. She also worked as a ranch manager, where she oversaw fertility practices for 300 cows and heifers, and was responsible for the diagnosis and treatment of all health and potential disease problems. She is a certified PAACO Animal Welfare Auditor, is HACCP Certified by the International HACCP Alliance, has Verification and Validation, HIMP, and advanced training from the USDA Training Center in College Station, Texas, is a Certified Poultry Health Inspector for the State of California, and is a professional livestock judge. Among her many leadership roles and professional academic and agricultural industry affiliations, she is a past chair for the Animal Health and Welfare Advisory Committee of the California Farm Bureau Federation; past chair of the Agricultural Backers Council for Reedley College; and an agricultural instructor at Reedly College and West Hills College – Coalinga.

Ganci is a recipient of many awards and honors including a 2014 “Golden Rooster Award,” the highest honor from the California Poultry Federation for outstanding service to California’s poultry industry; a resolution from the California legislature commending her leadership, guidance, service to the poultry, livestock, and agricultural industries in California; California State University at Fresno’s Stockman’s Award for Animal Welfare; and numerous awards related to her passion for American Saddlebred horses, and working cow horses.

“There are several reasons I joined the American Humane Association team,” said Ms. Ganci. “American Humane Association is an organization that works tirelessly and passionately for animals and children, celebrates the human-animal bond, and recognizes its importance in our society. Their philosophy is caring, compassionate, and well-balanced, successfully providing assistance to people and animals, and protecting their welfare since 1877. My life’s work has been with animals and I went into the field of animal science because of my love of them. As more and more consumers demand the humane treatment of our nation’s farm animals, my goal will be to significantly increase the percentage of those living under American Humane Certified standards, which will benefit everyone involved – farms, families, and most of all, the animals!”

“Michelle Ganci has been a lifelong advocate for animals and has a wealth of experience that will help make a difference for the creatures on America’s farms and ranches,” said Dr. Robin Ganzert, president and CEO of American Humane Association. “She is an extraordinary leader and knows how to build bridges between farmers, ranchers, producers, animal advocates, and the public to create the best outcomes for America’s animals and America’s families.”

Ganci takes over the program from one of the humane movement’s most effective and accomplished figures, longtime leader of American Humane Association’s farm animal welfare program Kathi Brock, who is retiring after a remarkable career but will continue to serve as a senior advisor. Brock grew the American Humane Certified program – the first of its kind – from covering a million animals to the largest, fastest-growing humane certification and audit effort in America, now covering some one billion animals on more than 8,000 farms from coast to coast.

“The Compassion Movement has had many heroes,” said Dr. Ganzert. “But few have made as large and as measurable an impact on as many living creatures as Kathi Brock. She has helped improve the lives of billions of animals who share our planet and helped make a more humane world for all of us. We are fortunate indeed to have found a worthy successor who will build on her legacy. On behalf of all the animals in America’s heartland, we thank you both!”