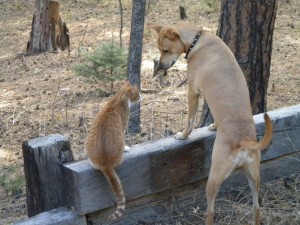 This past May, the ASPCA announced our $25 million, multi-year investment in the Los Angeles region, which includes the opening of a brand new spay/neuter clinic. One challenge faced  by the ASPCA was addressing an outdated state law mandating that animals abandoned by their owner at an animal care facility must be euthanized, regardless of the animal’s health. Thankfully, Assemblyman Brian Maienschein (San Diego) legislation which eliminated this mandate and expanded opportunities for animal care facilities across the state,  to find new homes for abandoned animals. This is Good News!

The rise of online puppy sales has made importing dogs from other states directly to consumers easier than ever before. Until now California was one of only two states without a way to track how many of these puppies are being imported and where they are destined. Local governments need this critical information to ensure their sheltering, spay/neuter and dog licensing programs are as effective as possible.  A new law just passed will now require anyone importing puppies or dogs into California to submit a health certificate to the health department of the county to which the dog is being transported.

Tax-Deductible Adoptions Did not pass this session, but led to happy endings for shelter dogs!

The ASPCA backed an effort to make animal adoption fees tax deductible  authored by Assemblyman Roger Dickinson (Sacramento),  that would have authorized up to $100 per animal to be deducted each year. Unfortunately, nearly every bill proposing a tax deduction or credit was held up in the fiscal committee. Despite not passing,this Bill played an important role in educating legislators about shelter animals. An ASPCA-sponsored Adoption Fair brought local shelters to the steps of the Capitol to showcase their animals and interact with the legislature—and two dogs were lucky enough to go home with legislative staffers!

Something to continue working on.