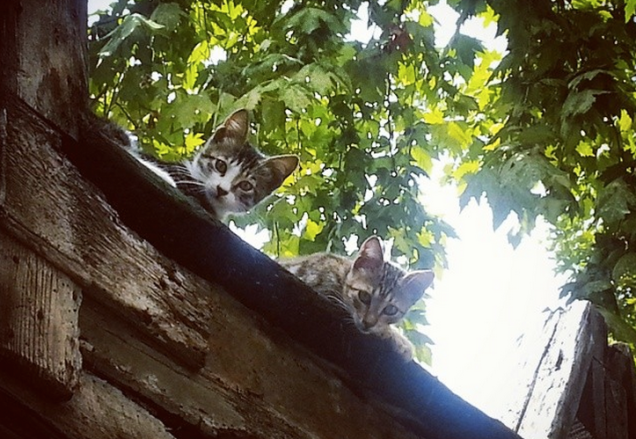 In researching my new book The Original Cat Fancy Cat Bible, I had the privilege of working with some of the  world’s leading geneticists such Carlos Driscoll and Marilyn Menotti-Raymond who for years have been researching the origins of our domestic kitties. Now both Driscoll and Menotti-Raymond are listed as part of a huge international team that has announced that they have “unraveled” the feline genome and that the sequencing and annotation of the genome is complete. Their preliminary report has just published.

In a statement the team stated:

“Now that we have this complete, annotated genome sequence, scientists will be able to analyze cat genetics much more effectively. Cats suffer from many of the same diseases as humans, including versions of leukemia and AIDS, so the cat genome may help us understand the development of these conditions better. Don’t worry — that doesn’t mean scientists will be experimenting on kitties. It just means that we can compare their genomes to ours to see whether there are similarities that shed light on why we are vulnerable (or not) to the diseases.

“Cats also have what biologists call “a highly conserved ancestral mammal genome organization,” which means that many stretches of their genome haven’t changed much over evolutionary time. Put simply, domestic cats haven’t changed much since they first evolved. This could allow us to understand mammal evolution better. It could also answer a question that remains a mystery: why did dog domestication change canines so much, whereas cat domestication didn’t change cats much at all?”

Stay tuned for the answers. It may take a year or two…