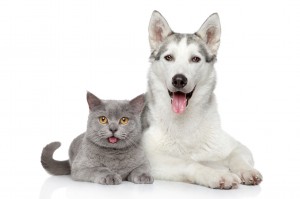 In a close race dog lovers triumphed as the pet owners of choice among Canadian travellers. When Hotels.com™ asked who travellers would rather sit next to on a plane, train or bus, 50.5 per cent of the votes were in favour of a canine companion, versus 49.5 per cent for felines.

“This is one of the longest standing debates of time,” says Taylor L. Cole, APR, travel expert at Hotels.com. “Similar to whose music is better: Beatles versus Rolling Stones, or what’s more comfortable: Boxers versus Briefs, the topic of travelling with animals happens to be one both pet owners and non-pet owners alike are quite passionate about.”

The Rationale: Why Canadians Prefer Dogs as Seatmates
From the varied responses, the reasons for choosing either a cat or dog owner as ideal seatmate ranged from smells, allergies, noise and fear. Although more respondents admitted to being afraid of dogs, as opposed to cats, dogs were also considered more friendly, less likely to cause allergies and less smelly (weird to us, too!). Cats on the other hand were preferred by some due to their overall size and a perceived lack of noise or movement.

But Cats Are the Best Neighbours
When it came to which owner you would rather have a hotel room next to, 69.3 per cent chose cat owners, over dog owners (30.7 per cent), citing barking as the primary reason. Speaking of hotels, almost half of Canadians (48 per cent) are not willing to pay more for a pet-friendly hotel room, although a third (35.1 per cent) were comfortable with a small fee – up to $25.

Pets over Pop Stars
Most interesting in the animal travel debate were confessions of the ideal travel partner. Although the majority of respondents chose their spouse or partner as their ideal travel mate (74.1 per cent), the second most popular choice was their pet at 13.9 per cent. This trumped world-renowned tour guides (5.8 per cent), celebrities (5.4 per cent) and politicians at a mere 0.8 per cent. Turns out we’d rather cuddle with Baxter than the Biebs!

Pet travel is a hot topic so if you’ve got a trip planned with yours, make sure to check out the amenities filter on Hotels.com or even just browse the property’s ‘At a glance’ facts to find a pet-friendly hotel quickly. The reality is whether you love them or hate them, it’s unlikely our furry friends are going anywhere anytime soon, so share your feelings or tips on pet travel by following us on Twitter @hotelsdotcomca and using the hashtag #pettravel.