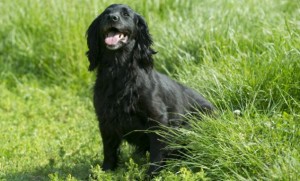 The theft of pedigreed dogs is has increased by 25 per cent in England and, according to the London Daily Mail, disgusted pet owners  are calling for  the creation of  a pet theft law to combat this crime. The most popular breeds were labradors, cocker and springer spaniels.

Currently in England, pet  theft is considered a low prioty crime with very few convictions and members of Parliament and animal welfare groups are now calling for prison sentences of up to five years for thieves who steal dogs, cats, horses and other pets.

Mark Hubbard, a farmer from Haslemere, Surrey, spent 15 months looking for his cocker spaniel Skye  featured here, right  until they were reunited last week. He said: ‘My dog was stolen for breeding. Cocker spaniels have become fashionable since the Duke and Duchess of Cambridge got their puppy, Lupo. Skye’s had two litters since she’s been away. Police are investigating, but I think dog thieves should get four or five years in prison.

‘Losing Skye was agonising. She’s a trained gundog and was our family pet. I didn’t think I’d ever see her again.
Then I got a call from the dog warden in Leicestershire. To be honest I felt sick when I heard that he’d found her.’
Conservative MP Mr Parish, who owns Wilberforce, a golden labrador, and Charlie, a smokey grey cat, said: ‘My wife and I would be very upset to lose these animals. They are a huge part of the family. Our children have flown the nest so we make even more fuss of the animals. For many people who don’t have children, pets are their family.’
In a letter to  the British Home Office Minister Damian Green, he said: ‘There needs to be greater penalties and a lot more police work done to catch these criminals and prosecute them.’
A Ministry of Justice spokesman said: ‘Pet theft can be a serious crime that can have a significant impact on victims, particularly in terms of the emotional and sentimental attachment for victims.
‘Those who commit it should be appropriately punished and face a maximum custodial penalty of seven years.’

Pet theft  does make headlines in the United States and individual states are toughening up. It’s a crime that should be punished.

What do you think?