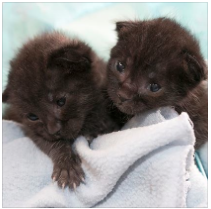 In April, two newborn kittens were discovered inside a cardboard box in a San Diego telecommunications warehouse after a long, accidental haul from L.A. Their story received a lot of attention for surviving their perilous journey at such a young age. Thanks to the care provided by a unique neonatal Kitten Nursery in San Diego, the kittens – named Mouse and Wifi – are now health and ready to be adopted. I wanted to see if you might be interested in a story on this neonatal Kitten Nursery that works 24-hours a day to care for newborn kittens.

Since arriving at the San Diego Humane Society with their umbilical cords still attached, the brothers had quite an experience. Stomach and nutrition problems led to growth issues for the kittens, and the Humane Society’s Kitten Nursery played a crucial role in nursing them back to health. 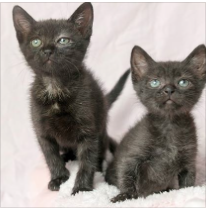 The nursery is the first of its kind in the nation and provides around-the-clock care to newborn kittens, which can require feedings every two hours when they are very young. Since opening in 2009, the Kitten Nursery has helped save more than 6,000 kittens from euthanasia. This kitten season alone (March-November, when most kittens are born), the nursery is on pace to rescue 1,500 kittens, including little Mouse and Wifi.