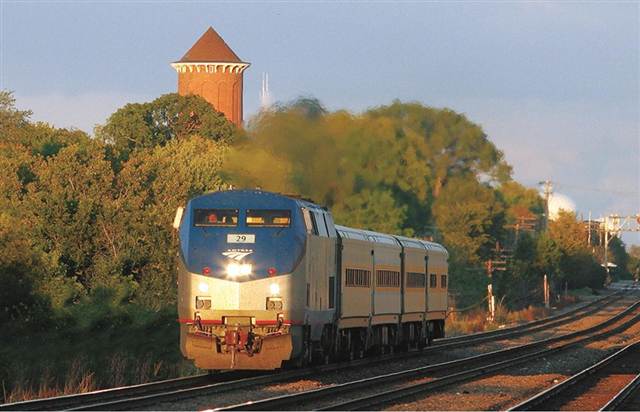 Amtrak officials have announced a pilot program that will allow travelers aboard the Illinois Zephyr and Carl Sandburg trains from Chicago to Quincy to bring their pets along for a $25 charge. It’s a 4 1/2-hour train ride.

It’s part of a six-month trial program that begins May 5 and run through Nov. 2. And if it’s successful, may roll out nationwide.

The program is open to dogs and cats up to 20 pounds. The pets will have to travel in carriers placed at their owner’s feet under the seat.

“Amtrak is supportive of accommodating pets on trains, and through direct collaboration with the Illinois Department of Transportation and a working group led by U.S. Rep. Jeff Denham of California we are optimistic a plan can be reached to address the needs and concerns of all our passengers,” said Amtrak President and CEO Joe Boardman in a news release announcing the program.

Last May, Denham, a Republican, introduced a bill that would allow travelers to be able to take their dogs and cats on certain Amtrak trains.

“My dog, Lily, is a part of our family and travels with us to and from California all the time,” he said in a news release. “If I can take her on a plane, why can’t I travel with her on Amtrak, too?”

I hope people take advantage of this service so that  pets will be allowed on trains nationwide permanently.