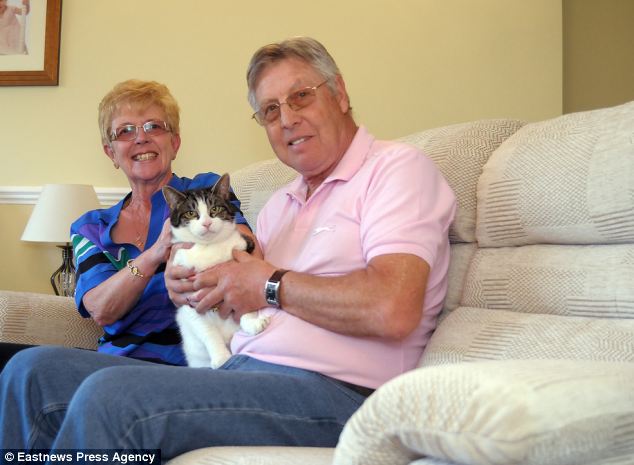 Crocket the cat went missing from his Essex home in England and was later found inside the sofa his pet parents Pauline and Bill Lowe had donated to the St Luke’s Charity Shop. He was discovered after four days  when the sofa was sold and the new owners found their furniture was mewing.

According to a story that appeared in The London Daily Mail, Jenny Munro, manager for St. Luke’s, said: ‘I couldn’t believe what I was told when a customer phoned to say that they had bought a sofa from our shop and that they were delighted with the purchase except for the fact it had a cat inside.”

Fortunately he has now been happily re-united with his distraught pet parents and their other kitty named Tubbs.